Trongsa: The Vanguard of the Warriors – Trongsa Dzongkha is located near the center of Bhutan and was considered crucial to controlling the kingdom in earlier years due to its strategic position.

This town is situated on a steep ridge and offers spectacular views of the deep valleys surrounding it. The various hotels, guesthouses, and restaurants all offer stunning views from their balconies. Trongsa Dzong is easily visible from anywhere in the town and is always an impressive sight as it is situated atop a steep ridge that drops off into the clouds on its south side. 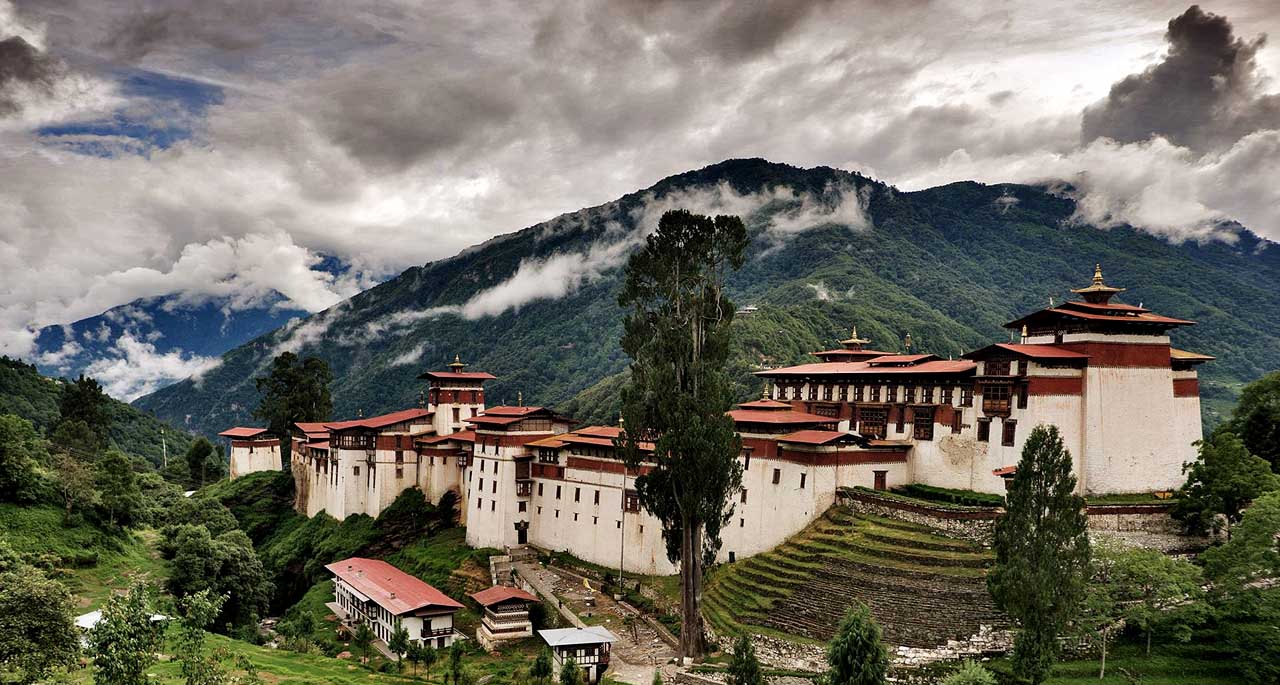 Trongsa also boasts an impressive museum. The Watchtower of Trongsa has been converted into a museum dedicated to the Wangchuck dynasty and is a good place to learn about the history of the kingdom.

The following is a list of noteworthy sites and monuments in Trongsa Dzongkhag:

Built in 1648, it was the seat of power over central and eastern Bhutan. Both the first and second kings of Bhutan ruled the country from this ancient seat. All four kings were invested as Trongsa Penlop (“governor”) prior to ascending the throne. The dzong is a massive structure with many levels, sloping down the contours of the ridge on which it is built. Because of the dzong’s highly strategic position, on the only connecting route between east and west, the Trongsa Penlop was able to control effectively the whole of the central and eastern regions of the country from here.

This watchtower, which once guarded Trongsa Dzong against internal rebellion, stands on a promontory above the town. It was built by Chogyal Minjur Tempa, the 1st Governor of Trongsa in 1652. It has four observation points resembling Tiger, Lion, Garuda, and Dragon. Climb up the path to visit Ta Dzong which now houses a shrine dedicated to the epic hero, King Gesar of Ling. A visit to this former watchtower provides visitors with an insight into the significance of Trongsa in Bhutan’s history. As of date, the Ta Dzong of Trongsa is the fascinating museum in the nation.

This two storied simple palace situated just above the highway in the town is the birthplace of our Late King Jigme Dorji Wangchuck. It was here that on 2nd May 1928, His Majesty was born to King Jigme Wangchuck and Ashi Puntsho Choden. He spent most of his early childhood days here in this Thurepang Palace. The other palace of interest is the Eundu Choling Palace which was the winter residence of the 1st King Ugyen Wangchuck.

The 23 km. drive from Trongsa to Kuenga Rabten takes about an hour and passes through open countryside high above a river gorge. The land slopes quite gently in this region, and farming is well developed, so there is much of interest to observe in the fields and in the villages as one speed along.

As one approaches Kuenga Rabten, the Palace is clearly visible just below the road on the right. It was the winter palace of the second king and is now looked after by the National Commission for Cultural Affairs. This pleasant afternoon excursion from Trongsa offers further insights into the early days of Bhutan’s monarchy.

En route to Trongsa is Chendebji Chorten, patterned on Kathmandu’s Swayambhunath Stupa, with eyes painted at the four cardinal points. It was built in the 18th century by Lama Zhida, to cover the remains of an evil spirit that was subdued at this spot. Legend says that the evil spirit manifested as a gigantic snake.