The climate in Bhutan is extremely varied. This variation in the climatic conditions and average temperature can be attributed to two main factors, the vast differences in altitude present in the country and the influence of the north Indian monsoons. 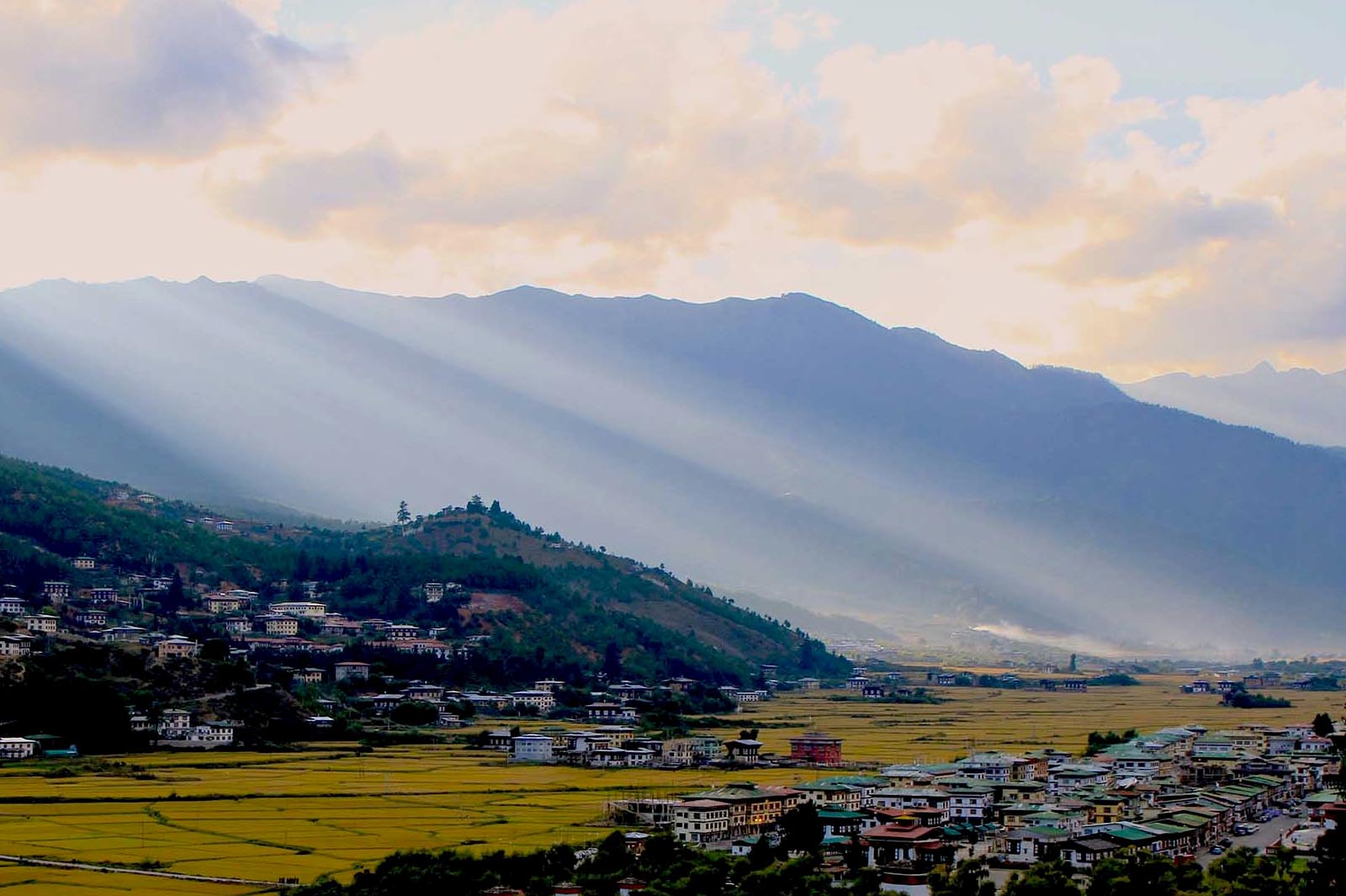 Southern Bhutan has a hot, humid sub-tropical climate that is fairly unchanging throughout the year. Temperatures can vary between 15-30 degrees Celsius. In the Central parts of the country, the climate cools a bit, changing to temperate and deciduous forests with warm summers and cool, dry winters. In the far Northern reaches of the kingdom, the weather is cold during winter. Mountain peaks are perpetually covered in snow and lower parts are still cool in summer owing to the high altitude terrain.

Thimphu experiences dry winter months (December through February) and almost no precipitation until March, when rainfall averages 20 millimeters a month and increases steadily thereafter to a high of 220 millimeters in August for a total annual rainfall of nearly 650 millimeters.

Bhutan’s generally dry spring starts in early March and lasts until mid-April. Summer weather commences in mid-April with occasional showers and continues to late June. The heavier summer rains last from late June through late September which are more monsoonal along the southwest border.

Autumn, from late September or early October to late November, follows the rainy season. It is characterized by bright, sunny days and some early snowfalls at higher elevations.

From late November until March, winter sets in, with frost throughout much of the country and snowfall common above elevations of 3,000 meters. The winter northeast monsoon brings gale-force winds at the highest altitudes through high mountain passes, giving Bhutan its name – Drukyul, which in the Dzongkha language mean Land of the Thunder Dragon.

It should be noted that average temperatures are recorded from valley floors. There can be considerable divergences from the recorded figures depending upon elevation.