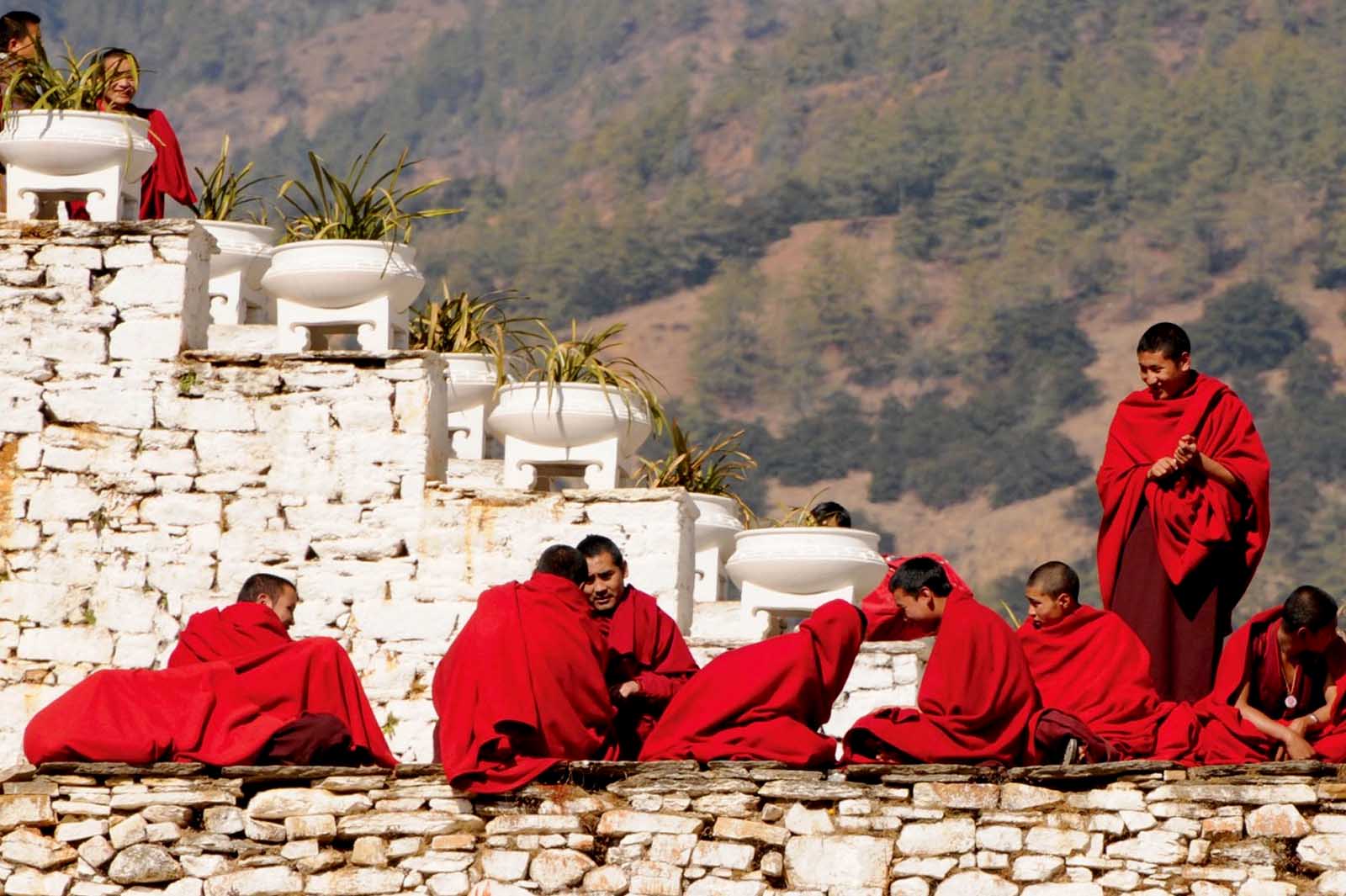 Bed-rocked on religious teachings, Bhutanese culture has stood the test of time. Everything about Bhutanese culture is seeped in the traditional, starting from language and literature to the arts and crafts, ceremonies and events, and basic social and cultural values. Very much alive and breathing, Bhutanese culture of fine arts, for instance, is manifested, for example, in exquisite traditional painting visible on monasteries and houses, skillfully enhancing the architecture.

Architecture, which is another symbol of Bhutanese identity, is also a core aspect of the kingdom’s unique culture. Blending engineering skill and aesthetic beauty, architectural wonders, beginning from the massive and majestic monastic fortresses to houses and bridges are seen. Bhutanese architecture is a class of its own with traditional shapes, colors and patterns on the walls, doors, and windows.

Religious festivals, called Tsechus, are also at the core of Bhutan’s culture. Comprising of music and dance, which are performed both by the clergy and the lay population, Tsechus play an important role in the lives of every Bhutanese, both at the local and national levels.

While Bhutan’s national language is Dzongkha, there are more than 18 dialects spoken across the country. However, English, which is used as the official working language, is taught in schools. In recent times, there has been a surge in the emphasis on the development and use of Dzongkha.